Rape cases are rising each day worldwide, especially on this women’s month. Some woman are speaking up about what they are going through, the pain and hurt in hands of people they trust.

Many people were shocked to hear that the Venda queen Makhadzi is also a victim of rape in the hands of people she trust.

A live broadcast was held on 27 August 2020 where Makhadzi was being interviewed by Mac G Mukwevho on a show called “podcast and chill with Mac G” The interview really touch and hurt a lot of people.

She revealed that before she was managed by Rita Dee, she was managed by a certain couple. The couple use to take care of her every needs and also stayed with her. The couple stated abusing her emotionally by crushing her self-esteem. She continued to say that the husband would make moves and she kept pushing him away, but one day after a show he stopped the car on the side of the road and took her virginity. She got tried of the abuse and how they exploit her hard earned money. That’s when she said ENOUGH and leave them. She then started to work with Rita Dee

Many listeners were hurt and angry but happy on how strong she is about the painful past. 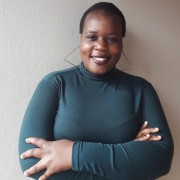 The most expensive wedding in South Africa